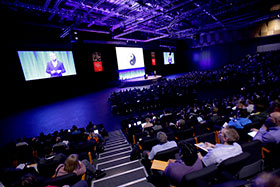 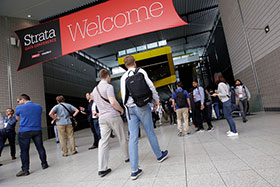 Formerly known as Strata + Hadoop World, the conference was created in 2012, when O'Reilly and Cloudera brought together their two successful big data conferences.

Strata is the largest data conference series in the world, yet it’s kept the informal, collegial spirit that makes it one of the best places to connect and collaborate. 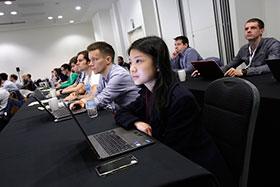 Strata Data Conference is where big data's most influential business decision makers, strategists, architects, developers, and analysts gather to shape the future of their businesses and technologies. If you want to tap into the opportunity that big data presents, you want to be there. 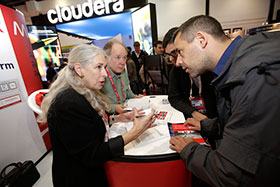 Strata Data Conference attracts the best minds in business and data: data analysts, data scientists, developers, and other professionals who work with data, including:

What previous attendees have said:

"One of the most valuable events to advance my career."

"An excellent conference on data science and engineering—with equal focus on technical and business applications, and fantastic networking opportunities."

"If you're serious about the business value of data, never miss a Strata Hadoop conference—the mecca of all things data."

"The one event I look forward to each year—with the absolute best mix of hands-on experience, industry case studies, and opportunities to test drive the latest products & services with creators, experts, and business users."

"LOVED this conference! So inspiring, thought-provoking, revitalizing—makes me ready to jump back in! Great to connect and immerse with the tech community; really proud to be a part of it."

"The speakers, content, and organization were exceptional. This is probably the pinnacle of big data conferences to attend for networking and the latest on ground-breaking technologies. I will definitely attend next year."

Doug Cutting
(@cutting) is the founder of numerous successful open source projects, including Lucene, Nutch, Avro, and Hadoop. Doug joined Cloudera in 2009 from Yahoo!, where he was a key member of the team that built and deployed a production Hadoop storage and analysis cluster for mission-critical business analytics. Doug holds a Bachelor’s degree from Stanford University and sits on the Board of the Apache Software Foundation.​

Alistair Croll
is an entrepreneur with a background in web performance, analytics, cloud computing, and business strategy. In 2001, he co-founded Coradiant (acquired by BMC in 2011) and has since helped launch Rednod, CloudOps, Bitcurrent, Year One Labs, and several other early-stage companies. He works with startups on business acceleration, and advises a number of larger companies on innovation and technology.

A sought-after public speaker on data-driven innovation and the impact of technology on society, Alistair has founded and run a variety of conferences, including Cloud Connect, Bitnorth, and the International Startup Festival. He’s the chair for Strata Data conference. He has written several books on technology and business, including the best-selling Lean Analytics.

Alistair tries to mitigate chronic ADD by writing about far too many things at Solve For Interesting. 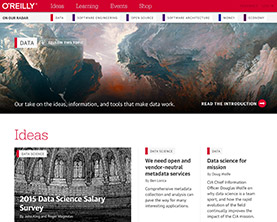 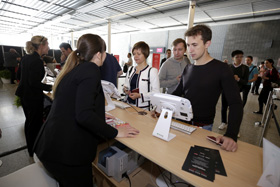