Engineering the Future of Software

Join us for Ignite on Wednesday, 31 October, following the afternoon sessions. This is a fun, high-energy evening of speed talks—all aspiring to live up to the Ignite motto: Enlighten us, but make it quick. Ignite is free and open to the public. 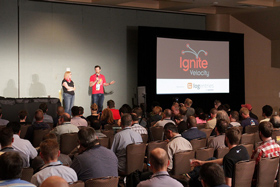 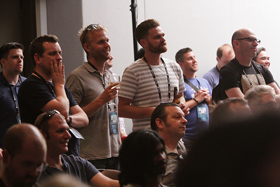 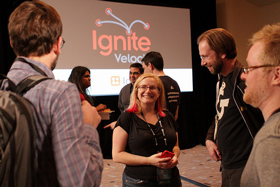 Plato would be a programmer, Fred Fisher
Philosophy is to programming what physics is to engineering. Things we use every day like classes and objects are described in Plato’s metaphysics. If Plato was alive today, he would be awestruck by the power we have to shape the world around us using logic alone, by programming machines. He would also be horrified by some of our algorithms that make moral judgments.

Silence isn’t golden, it’s deadly, Paula Kennedy
When your team is wholly distributed it can be tough to develop a team spirit, strong culture and shared approach. This talk will highlight the challenges we’ve seen and suggest tips and tricks that we have experimented with to improve this.

Deploying Radically, Democratizing Release, Heidi Waterhouse
The state of software is driving to get software out the door more quickly, an ever-accelerating pace. We admire companies doing Continuous Integration and Continuous Deployment, even if we aren’t there ourselves. What can you do as one person in an organization or one team in a company to make your software ready for the world more quickly?

Killing Your Inner Techbro, Dan Sparks
The transition from perpetuating exclusionary behaviour to actively working for inclusion is easier than you think. We’ll explore how to contribute in valuable ways to discussions on culture and inclusivity, as well as how not to do it.

Speaker’s Ballads, Jo Pearce
The first: on losing innocence By speaking at a conference On trials of taking to the stage And fretting how your words are guaged The last: on coming to the end Relinquishing your mic and then Not knowing what they’re going to say We stand and suffer Q & A…