If you’d like to connect with women, people of color, members of the LGBTQ+ community, and other people you don’t often see at tech conferences, you’re invited to our networking luncheon on Wednesday.

In addition to time for networking with attendees, this lunch will feature a panel presentation with:

Nikki McDonald, moderator: Nikki is program chair for Velocity and content director at O’Reilly, where she writes, edits, and works with the industry’s leading practitioners to develop books, online courses, and training videos to help engineers and developers collaborate more effectively and create and deploy complex distributed systems. Nikki started out as a features editor at MacUser magazine back when people were still dialing up to the internet with AOL. She lives in Ann Arbor, MI.

Jessica Hubley: Jessica is the cofounder and CEO of AnnieCannons, a custom software development consultancy running on the untapped potential of human trafficking survivors who have been taught to code. Jessica also manages business development and operations for the Impact Agency, which delivers the value-add of diverse developer perspectives to corporations. Previously, Jessica was an attorney, general counsel and operations lead at a startup, and the founder of a startup focusing on privacy and security compliance for software products.

Bryan Liles: Bryan is an engineer at Heptio. When he is not writing software to help move teams to Kubernetes, he gets to speak at conferences on topics ranging from machine learning to building the next generation of developers. In his free time, Bryan races cars in straight lines and around turns and builds robots and devices.

Kris Nova: Kris is a senior developer advocate at Heptio focusing on containers, infrastructure, and Kubernetes. Kris is also an ambassador for the Cloud Native Computing Foundation. Previously, she was a developer advocate at Microsoft and an engineer on Kubernetes in Azure. Kris has a deep technical background in the Go programming language and has authored many successful tools in Go. She is a Kubernetes maintainer and the creator of kubicorn, a successful Kubernetes infrastructure management tool. Kris organizes a special interest group in Kubernetes and is a leader in the community. She understands the grievances with running cloud-native infrastructure via a distributed cloud-native application and recently authored an O’Reilly book on the topic, Cloud Native Infrastructure. Kris lives in Seattle and spends her free time mountaineering and climbing things thought to be impossible.

Erica Windisch: Erica is founder and CTO of IOpipe, where she brings her decades of experience in building developer and operational tooling to serverless applications. Erica also has more than 16 years of experience designing and building cloud infrastructure management solutions. She was an early and longtime contributor to OpenStack and a maintainer of the Docker project.

This event is open to all Velocity and Fluent attendees with a Platinum, Gold, Silver, or Bronze pass—there’s no need to RSVP. We’ll see you there! 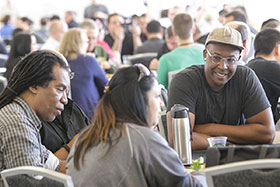 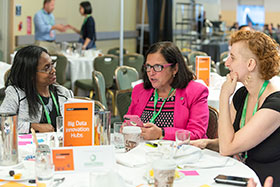 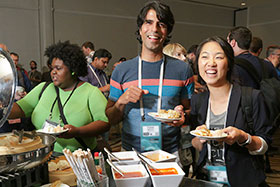