What you'll find at Fluent | The Fluent experience | Who is Fluent for? | What people are saying about Fluent | Program Chairs & Committee | Ambassador Program 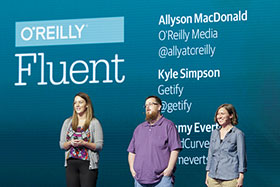 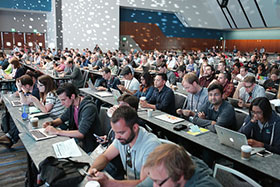 The O'Reilly Fluent Conference was first launched in 2012 as a new event for developers working with JavaScript, HTML5, and other web technologies. Since its initial launch, Fluent has expanded to include all areas of the web, from frontend technologies/frameworks and backend systems to web design, web performance, security, and more.

These technologies have become central to all kinds of development, beyond just building websites. If you're building web applications, designing for mobile devices, or working with the web's evolving infrastructure, you need to keep up with the proliferation of new technology that's driving the web forward in all the forms it takes.

At Fluent, you'll immerse yourself in learning and engage with the wider web community. Fluent's speakers are people who are working with—and sometimes building—the same technologies you use. Fluent offers a wide variety of learning opportunities, from immersive tutorials and sessions with experts to the "hallway track" between sessions where attendees informally connect and share questions, knowledge, and perspectives with their peers.

If you're working on the modern web—whether you're independent or part of a large team—and you want to gain hands-on learning, make meaningful connections, and share ideas across communities, then Fluent is the place for you. If you want to grow more fluent in the language of the global, expanding, maturing web, we invite you to join us at Fluent.

What you'll find at Fluent 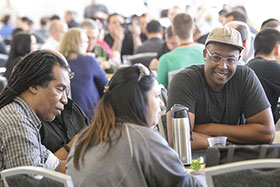 Thousands of JavaScript developers, web developers, mobile app developers, software and performance engineers, and a wide range of other people who work on the modern web come together at Fluent.

Fluent is a place to find your tribe and to connect with other communities and people you've always wanted to meet. Whether you're a regular at conferences and your local meetup or you're completely new to the conference scene, Fluent provides fresh opportunities for you to interact with people in the wider web community. 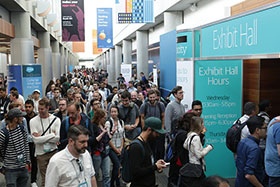 Who goes to Fluent

Everyone involved in building the modern web, from beginners to seasoned veterans:

What people are saying about Fluent

Fluent is one of the best informational and networking events in technology. From the keynote presentations to the after-hours meet and greets, every event was well thought out and executed. I will be back next year."
–Aaron Biggs The University of Oklahoma
The O'Reilly Fluent conference was a great experience! I learned a lot about where Javascript is going, and can't wait to try out some of the new technologies that were presented. Looking forward to next year!"
–Eric Ranschau Associate Solutions Architect Olson
Awesome experience at Fluent, learnt so much thanks to all the great speakers. Now to find all the pieces of my exploded brain!"
–Werner van Deventer, @brutaldev
We couldn’t be happier with the results."
–Kacie Hendrickson, Fastly (Fluent 2014 sponsor)
Fluent is the best place to see the current state of the web and where it is headed in the future."
–Dan Goodwin, MCNC
Fluent was one of the best parts of the year. The information you will take away from this conference will set you up for the whole year and beyond. I will take away so much from this event and excited to implement all the neat ideas in my workplace!"
–Daniel Wetteroth, Oppenheimerfunds
Great to see women developers rocking at #fluentconf. @LeaVerou preso on RegEx was awesome. I really needed that."
–Brendellya Thomas, @brendellya
I loved the networking that I got while I was there. I have never had a chance to rub shoulders with so many of the leading JS engineers. Fluent conference solidified itself in my mind as a great center for modern web development and disruption."
–Aaron Frost
The conference was a difference maker / eye-opener for me. The richness of the community is something that cannot be comprehended from a remote location. Working and talking with the folks who know today and are our visionaries makes me very excited to be a part of the community."
–Don Schaefer, ePlus

Laurel Ruma is a content director at O'Reilly Media. Laurel has chaired a number of O'Reilly conferences and workshops, including Next: Economy, Cultivate, Where 2.0, OSCON Java, and Gov 2.0 Expo.

Kyle Simpson is an evangelist of the open web, passionate about all things JavaScript. He writes books, teaches JavaScript, speaks, and contributes to the world of OSS.

Tammy Everts is chief experience officer at SpeedCurve, where she helps companies understand how visitors use their websites. She has spent the past two decades studying how people use the web. Since 2009, she's focused on the intersection between web performance, user experience, and business metrics. Tammy's book, Time Is Money: The Business Value of Web Performance (O'Reilly, 2016), is a distillation of much of this research (but there's always more to be learned). She cocurates (with Tim Kadlec) WPO Stats, a collection of performance case studies.

Thank you to our ambassadors, who have partnered with O’Reilly to raise awareness about the Velocity + Fluent conferences in their communities.

Tammy works on chaos engineering at Gremlin—the facilitation of controlled experiments to identify systemic weaknesses. Gremlin helps engineers build resilient systems using their control plane and API. Previously, Tammy led SRE teams at Dropbox responsible for the databases and storage systems used by over 500 million customers and was an IMOC (incident manager on call), where she was responsible for managing and resolving high severity incidents across the company. She has also worked in infrastructure engineering, security engineering, and product engineering. Tammy is the cofounder of Girl Geek Academy, a global movement to teach one million women technical skills by 2025. Tammy is an Australian and enjoys riding bikes, skateboarding, snowboarding, and surfing. She also loves mosh pits, crowd surfing, metal, and hardcore punk.

Jessica is a senior program manager For Visual Studio Team Services at Microsoft.

Stephen works to solve real-world problems faced by developers and businesses and represent the needs of the community within the Angular team.

Nicole is an IT impacts expert who is best known for her work with tech professionals and as the lead investigator on the largest DevOps studies to date. She is a consultant, expert, and researcher in knowledge management, IT adoption and impacts, and DevOps. In a previous life, she was a professor, sysadmin, and hardware performance analyst. Nicole has been awarded public and private research grants (funders include NASA and the NSF), and her work has been featured in various media outlets, peer-reviewed journals, and conferences. She holds a PhD in management information systems and a master’s degree in accounting.

Rachel is a backend engineer at Google working on Firebase rules. Previously, she was an engineer at GitHub and ModCloth and founded Opsolutely. In her free time, she designs enamel pins.

Volkan has been in the industry since 2003, which means that when he began his career, JavaScript was a “toy language” for online form validation, AJAX was just a detergent, and he had to deal with monsters called Netscape Navigator 4 and Internet Explorer 5. He believes in the beauty of simplicity and loves to architect responsive and intuitive user interfaces driven by amazingly well-organized JavaScript code. Volkan would be happy to talk with you about performance engineering, widgets, APIs, microservices, and, of course, JavaScript. 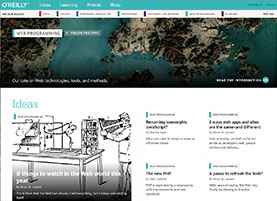 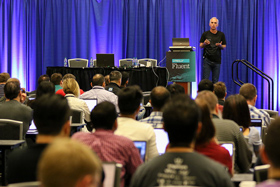