Where better to spend four days diving deep into all things data and AI than at ExCeL London, the home of world leading events?

Located right in the heart of London’s historic Royal Docks, ExCeL London is just ten minutes from Canary Wharf and twenty minutes from the City. 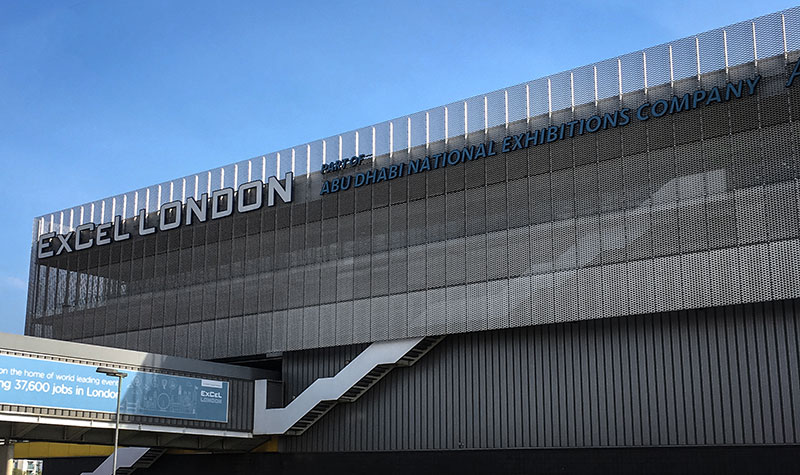 To receive the group room rate, mention the O'Reilly Strata & AI room block. Rates will be honored until 23 March 2020, or until the block sells out, whichever comes first.

Tower of London - Doubletree by Hilton

London has six international airports. London City Airport is less than a mile from the ExCeL. Other airports are Heathrow Airport and Gatwick. View Transport for London's Guide to Accessible Transport

Please note that if you are taking the DLR line, exit at the Prince Regent stop. More information on how to get to the ExCeL by the DLR (Docklands Light Railway), London Underground, or other means of transportation.

Directions to Doubletree by Hilton Tower of London
(DO NOT go to the similarly named Hilton Tower Bridge.)
7 Pepys Street, London, EC3N 4AF

The hotel is close to Tower Hill Underground station, Tower Gateway and Fenchurch Street train station (all within a 3 minute walk)

Please visit https://www.gov.uk/standard-visitor-visa for important information about international travel to the United Kingdom.

We have partnered with United Airlines to offer travel discounts to our event. Visit united.com/meetingtravel and enter code ZHTU469434 in the Offer Code box. You may also call United Meeting Reservation Desk at (800) 426-1122 Mon-Fri 8am – 10pm ET and Sat/Sun 8am – 6pm ET. Booking fees are waived for Meeting reservations. Please note that travel must be booked in alignment with our event in order to receive the discount.