Hardware, Software & the Internet of Things

The technology we talk about at Solid is revolutionary, and so is the program itself. It's the only conference that goes beyond the Internet of Things and additionally covers the new hardware movement—the even bigger shift that's driving the IoT and much more.

And you won't be spending all of your time listening to speaker after speaker after speaker. Solid will be three jam-packed days of intense conversation, interactive experiences, thought-provoking presentations and demos, and plenty of networking opportunities. Solid takes place at Fort Mason—a unique art, performance, and meeting space on San Francisco's waterfront.

Attendees raved about everything from the "impressive" speaker line-up to the view of the Golden Gate Bridge to the "valuable" and "thought-provoking" sessions. In fact, 93% said they were likely to return.

Now we're doing it again. Solid will return to Fort Mason in June 2015, bigger and better than ever. There will be more sessions, more speakers, more demos, and more space. But we expect this second gathering of this diverse and fascinating community to be just as exciting and thought-provoking as it was the first time around.

Read about the new hardware movement and the Internet of Things, and how Solid's broad, interdisciplinary program gives you everything you need to know to master both.

The O'Reilly Solid Conference is where the new multi-disciplinary community forming around the convergence of software and hardware—engineers, researchers, roboticists, artists, developers, designers, founders of startups, and innovators—will gather to explore what lies ahead as software increasingly interacts with the physical world. This includes:

Manufacturing made frictionless. 3D printers, developer boards like Arduino and Raspberry Pi, advanced sensors, and crowdfunding sites like Kickstarter have lowered the barrier of entry to manufacturing. New manufacturing-as-a-service frameworks make factory work fast and capital-light. Development costs are plunging, and it's becoming easier to serve niches with specialized hardware that's designed for a single purpose.

APIs for the physical world. The characteristics that make the Web accessible and robust—abstraction, modularity, and loosely-coupled services—are coming to the physical world. Open source libraries for sensors and microcontrollers are bringing easy-to-use and easy-to-integrate software interfaces to everything from weather stations to cars.

Software intelligence above the level of a single machine. Machine learning and data-driven optimization have revolutionized the way companies work with the Web, but the kind of sophisticated knowledge that Amazon and Netflix have accumulated has been elusive in the offline world. We can now gather data through networked sensors and exert real-time control to optimize complicated systems. Many of the machines around us can become more efficient simply through intelligent control: a furnace saves oil when software, aware that the homeowners are away, turns down the thermostat; a car saves gas when Google Maps, polling its users' smartphones, discovers a traffic jam and suggests an alternative route.

Every company is a software company. As physical assets take on software interfaces, operating them will increasingly become a software undertaking. A software startup with promising technology might just as easily be bought by a big industrial company as by a Silicon Valley software firm. This new world creates significant impacts on organizations, cultures, and competency requirements.

Data-driven things as a service. Anything from an Uber car to a railroad locomotive can be sold as a service, provided that it's adequately instrumented and dispatched by intelligent software. Good data from the physical world brings about efficient markets, makes cheating difficult, and improves quality of service. And it will revolutionize business models in every industry as service contracts replace straightforward equipment sales. Instead of owning an air conditioner and buying electricity from a utility to run it, a homeowner might let the utility own the air conditioner and just buy a contract to keep her house at 72°, giving the utility an incentive to invest in more efficient equipment, while creating economies of scale.

Designing the post-screen world. Until a few years ago, we interacted with computers largely through keyboards and monitors. The software interface is now a dispersed collection of conventional computers, mobile phones, embedded sensors, and networked microcontrollers. Computing happens everywhere, with data flowing in through multiple inputs outside of human awareness and ambient software intuiting our preferences.

Physical things—machines, devices, components—are about to experience a profound transformation. The Internet fundamentally changed how software is developed and deployed, and now hardware is on the brink of a similar disruption. Consumers, already carrying smart phones and driving cars that park themselves, have come to demand more from their objects than ever before. They expect their belongings to "know" them, to interact with them, and to adapt to their needs. Industry is realizing that smart, networked machines can bring them the efficiencies and new capabilities to do more, faster and cheaper. Devices from thermostats to jet engines that were once strictly mechanical are now seamless blends of hardware and software—packages of microcontrollers, sensors, and, above all, networked software that can ingest lots of data, understand context, and make intelligent decisions. Hardware and software are fusing into a single fluid entity.

This collision of software and hardware is fueling the creation of a software-enhanced, networked physical world. That's why we created Solid.

The inaugural Solid Conference in May 2014 was an extraordinary event, bringing together the innovators, engineers, researchers, roboticists, designers, artists, and entrepreneurs who are building a software-enhanced, networked physical world. They marveled at an unprecedented collection of cutting-edge demos and heard from leaders in this nascent industry. There was a palpable sense of excitement in the air as this community gathered for the first time. 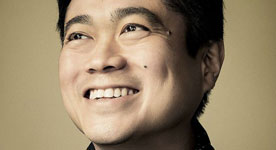 MIT Media Lab director Joi Ito is a leading thinker and writer on innovation, global technology policy, and the role of the Internet in transforming society in substantial and positive ways. A vocal advocate of emergent democracy, privacy, and Internet freedom, Ito has served as both board chair and CEO of Creative Commons, and sits on the boards of Sony Corporation, Creative Commons, Knight Foundation, the John D. and Catherine T. MacArthur Foundation, The New York Times Company, Mozilla Foundation, WITNESS, and Global Voices. In Japan, he was a founder of Digital Garage, and helped establish and later became CEO of the country’s first commercial Internet service provider. He was an early investor in more than 40 companies, including Flickr, Six Apart, Last.fm, Kongregate, Kickstarter, and Twitter. Ito’s honors include TIME magazine’s "Cyber-Elite” listing in 1997 (at age 31) and selection as one of the "Global Leaders for Tomorrow" by the World Economic Forum (2001). In 2008, BusinessWeek named him one of the "25 Most Influential People on the Web." In 2011, he received the Lifetime Achievement Award from the Oxford Internet Institute. In 2013, he received an honorary D.Litt from The New School in New York City. 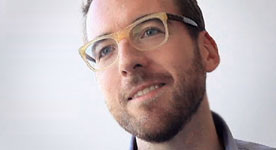 Jon Bruner is a data journalist who approaches questions that interest him by writing and coding. Before coming to O'Reilly, where he is editor-at-large, he was data editor at Forbes Magazine. He lives in New York, where he can occasionally be found at the console of a pipe organ.

For information on how to participate, visit our Call for Startups.