Once considered a radical upstart, open source has moved from disruption to default. Its methods and culture commoditized the technologies that drove the Internet revolution and transformed the practice of software development. Collaborative and transparent, open source has become modus operandi, powering the next wave of innovation in cloud, data, and mobile technologies.

OSCON is where all of the pieces come together: developers, innovators, businesspeople, and investors. In the early days, this trailblazing O'Reilly event was focused on changing mainstream business thinking and practices; today OSCON is about real-world practices and how to successfully implement open source in your workflow or projects. While the open source community has always been viewed as building the future—that future is here, and it's everywhere you look. Since 1999, OSCON has been the best place on the planet to experience the open source ecosystem. At OSCON, you'll find everything open source: languages, communities, best practices, products and services. Rather than focus on a single language or aspect, such as cloud computing, OSCON allows you to learn about and practice the entire range of open source technologies.

In keeping with its O'Reilly heritage, OSCON is a unique gathering where participants find inspiration, confront new challenges, share their expertise, renew bonds to community, make significant connections, and find ways to give back to the open source movement. The event has also become one of the most important venues to announce groundbreaking open source projects and products.

"For those who have not been to OSCON, it's a great technical conference covering the whole spectrum of open source, including Linux, MySQL, the LAMP stack, Perl, Python, Ruby on Rails, middleware, applications, cloud computing, and more. OSCON always has great keynotes, tutorials, and evening Birds-of-a-Feather sessions. As with many conferences, a lot of the meat takes place in hallway conversations and impromptu sessions." —Zack Urlocker, InfoWorld 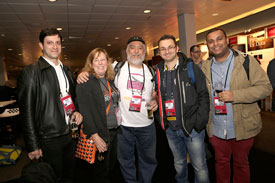 OSCON will educate, provoke, and inspire, with:

OSCON welcomes anyone who's passionate about open source:

O'Reilly is committed to promoting diversity and to creating a safe and productive environment for everyone at OSCON, and at all of our events. 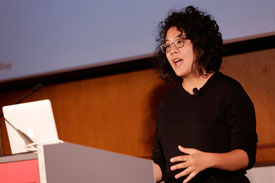 Open source has penetrated every aspect of business, ecommerce, education, and the Web. But open source doesn't mean free and easy—you have licensing compliance to understand, you need to know which technologies work well with each other, and how the open source projects you use are supported and by whom. In five information-packed days (and nights) OSCON gives you the tools you need to succeed: 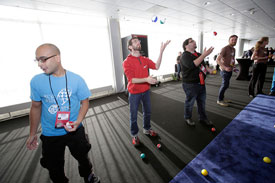 What People Are Saying

"It's hard to explain the sort of impact that a good conference can have on your career and even your life, but we can't express how much you should go to one in order to gain inspiration, have fun and learn a whole bunch of new stuff you can take back to your workplace." — Martijn Verburg, London Java Community

"As Tim says, one never has trouble finding an interesting conversation at OSCON...the content, both hallway and in-session, shined... there are people I literally see only at this event every year, and while remote collaboration is all well and good, it's nice to have a beer with people every so often." — Stephen O'Grady, tecosystems, RedMonk

"For the past few years, we at NYTimes.com have been attending OSCON. It has become the premier conference for us because it offers so many opportunities to engage with fellow developers. We've met new friends, given talks, led Birds-of-a-Feather sessions..." — Derek Gottfrid, NYTimes.com

"Speaking at conferences like linux.conf.au and OSCON is great fun. It's challenging to speak to an audience that's so diverse that it includes both the creator of the Linux kernel and students who just discovered it exists. It's humbling to know that the intelligence and achievement in the audience dwarfs anything I've ever done." — Simon Phipps, Open Source Initiative

"OSCON is a great opportunity for us to really get our geek on and meet with some of the industry's sharpest people. Love the 'Birds of a Feather' sessions. We had a great time at what we consider the best conference we get to attend." — Nick Thuesen, Senior Software Engineer, NYTimes.com 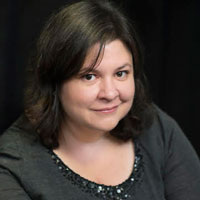 Rachel Roumeliotis, a Strategic Content Director at O’Reilly Media, Inc., leads an editorial team that covers a wide variety of programming topics ranging from full-stack, to open source in the enterprise, to emerging programming languages. She is a Programming Chair of OSCON and O’Reilly’s Software Architecture Conference. She has been working in technical publishing for 10 years, acquiring content in many areas including mobile programming, UX, computer security, and AI. 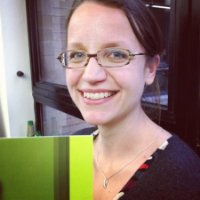 Francine Bennett is a data scientist, and is the CEO and cofounder of Mastodon C. Mastodon C are agile big data specialists, who offer the open source Hadoop-powered technology and the technical and analytical skills which help organisations to realise the potential of their data. Before founding Mastodon C, she spent a number of years working on big data analysis for search engines, helping them to turn lots of data into even more money. She enjoys good coffee, running, sleeping as much as possible, and exploring large datasets. 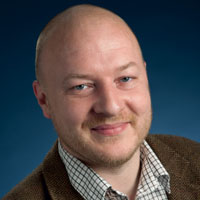 Simon Wardley is a researcher for the Leading Edge Forum focused on the intersection of IT strategy and new technologies. Simon is a seasoned executive who has spent the last 15 years defining future IT strategies for companies in the FMCG, retail, and IT industries—from Canon’s early leadership in the cloud-computing space in 2005 to Ubuntu’s recent dominance as the #1 cloud operating system. As a geneticist with a love of mathematics and a fascination for economics, Simon has always found himself dealing with complex systems, whether in behavioral patterns, the environmental risks of chemical pollution, developing novel computer systems, or managing companies. He is a passionate advocate and researcher in the fields of open source, commoditization, innovation, organizational structure, and cybernetics.

Simon's most recent published research, Clash of the Titans: Can China Dethrone Silicon Valley?, assesses the hi-tech challenge from China and what this means to the future of global technology industry competition. His previous research covers topics including the nature of technological and business change over the next 20 years, value chain mapping, strategies for an increasingly open economy, Web 2.0, and a lifecycle approach to cloud computing. Simon is a regular presenter at conferences worldwide and has been voted one of the UK's top 50 most influential people in IT in Computer Weekly's 2011 and 2012 polls.

Zaheda Bhorat (Mifos) is a former Senior Technology Advisor for the Office of the CTO at Government Digital Service. She was Instrumental in developing the open standards policies for open document formats used in the UK government, and championed the use of open standards, open source and open data in the digital services delivered.

Daniel Bryant (Open Credo) is the Chief Scientist at OpenCredo. His current work includes enabling agility within organisations by introducing better requirement gathering and planning techniques, focusing on the relevance of architecture within agile development, and facilitating continuous integration/delivery. Daniel's current technical expertise focuses on ‘DevOps' tooling, cloud/container platforms and microservice implementations. He is also a leader within the London Java Community (LJC), contributes to several open source projects, writes for well-known technical websites such as InfoQ, DZone and Voxxed, and regularly presents at international conferences such as QCon, JavaOne and Devoxx.

Susan Conant (O’Reilly Media) is the Supervising Editor for the Programming practice area at O'Reilly Media. Previously at O’Reilly she was the Acquisitions Editor for Hardware and IoT. Before coming to O’Reilly, she was a Senior Development Editor for Manning Publications. She lives in Kansas City, Missouri, where she can usually be found behind the business end of a camera or listening to jazz, sometimes both at the same time.

Brian Foster (O’Reilly Media) is an editor at O'Reilly Media focusing on Java and enterprise technologies. Brian has been working in technical publishing for over five years, acquiring content in business, statistical computing, open source programming, and financial engineering as well as several other computer-related topics.

Laura Frank (Codeship) is an engineer for Codeship and a Docker Captain. Her main focus is enabling other engineers to take advantage of containerization and the Docker ecosystem in their development and deployment workflows, especially when it comes testing and deploying with CI. She lives in Berlin and can otherwise be found eating Döner or attempting to try every type of gin in the world.

Henry Garner is currently working on Clojure for Data Science and theatre development.

Alexander Grosse (issuu) is the VP of engineering at issuu, and previously at SoundCloud.

Scott Hanselman (Microsoft) is a web developer who has been blogging at Hanselman.com for over a decade. Scott works on Azure and ASP.NET for Microsoft out of his home office in Portland. He has three podcasts: Hanselminutes for tech talk, This Developer's Life on developers' lives and loves, and Ratchet & the Geek for pop culture and tech media. Scott has also written a number of books and spoken in person to almost a half million developers worldwide.

Michael Hunger (Neo Technology) has been passionate about software development for a long time. He is particularly interested in the people who develop software, software craftsmanship, programming languages, and improving code. For the last two years Michael has been working with Neo Technology on the Neo4j graph database. As the project lead of Spring Data Neo4j, he helped develop the idea for it to become a convenient and complete object graph mapping solution. He is also taking care of Neo4j cloud hosting efforts. As a developer Michael loves to work with many aspects of programming languages, learning new things every day, participating in exciting and ambitious open source projects, and contributing to different programming related books. He is a frequent speaker at industry events and is an active editor and interviewer at InfoQ.

Nuno Job (YLD) is the founder and director at YLD. The previous CCO at Nodejitsu, Nuno was responsible for business development and sales in the world's largest Node.js cloud. Now, he leads the YLD team and inspires all the creative minds that make up the company.

Lorna Mitchell (IBM) is based in Leeds, UK; she is a Developer Advocate with IBM Cloud Data Services, a published author and experienced conference speaker. She brings her technical expertise on a range of topics to audiences all over the world with her writing and speaking engagements, always delivered with a very practical slant. In her spare time, Lorna blogs at http://lornajane.net.

Simon Phipps (Public Software CIC) has engaged at a strategic level in the world's leading technology companies, starting in roles such as field engineer, programmer, systems analyst and more recently taking executive leadership roles around open source. He worked with X-series standards in the 80s, on collaborative conferencing software in the 90s, helped introduce both Java and XML at IBM, and was instrumental in open sourcing the whole software portfolio at Sun Microsystems. He is now managing director of Meshed Insights Ltd and founder of Public Software.

Jeni Tennison (Open Data Institute) is the Technical Director of the Open Data Institute. As a developer, she specialises in open data publishing and consumption, including XML, JSON and linked data APIs. She trained as a knowledge engineer, gaining a PhD in collaborative ontology development. Jeni was the technical architect and lead developer for legislation.gov.uk and worked on the linked data aspects of data.gov.uk. She is author of several technical books and was appointed to the W3C's Technical Architecture Group in 2011. She is also a member of the Open Data User Group and of the UK Government Linked Data Group.

Simon Wistow (Fastly), before helping found Fastly, was Senior Search Engineer at Yahoo! Europe, LiveJournal, SixApart, Scribd and then at social help desk company Zendesk. In a past life he worked on R&D for a leading VFX Company doing films like the Harry Potter series, Troy, Kingdom of Heaven, Sunshine and Wallace and Gromit. At one point he worked as a cowboy in Australia. Mostly because it seemed like a good idea at the time. 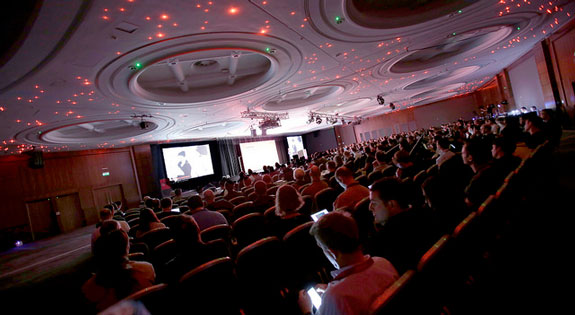 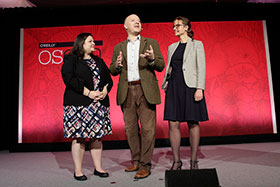