About the O'Reilly Infrastructure & Ops Conference

Forward-thinking companies are transforming their IT infrastructures and operations into a more effective modern model—one that’s distributed, intelligent, and predictive. But it’s about more than just shuffling everything to the cloud. The implications of AI and automation are forcing engineering teams to completely rethink their foundational systems. There’s no one-size-fits-all solution to these challenges. 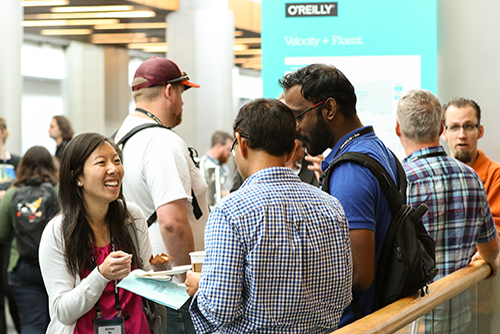 The O’Reilly Infrastructure & Ops Conference is where senior developers, software engineers, SREs, and tech leads gather to learn how to successfully migrate their systems to a modern infrastructure. 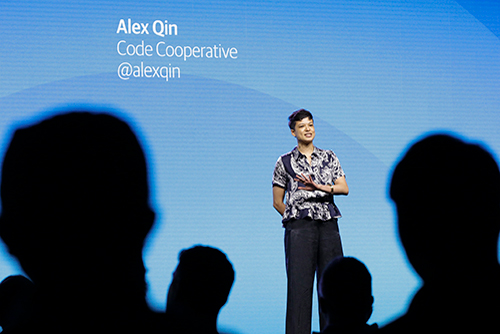 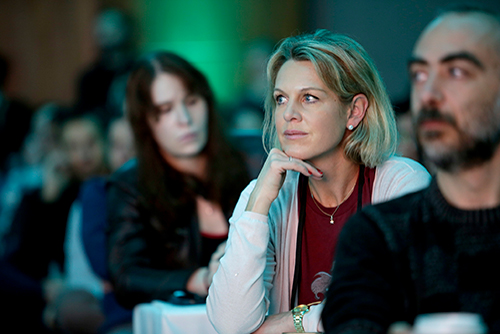 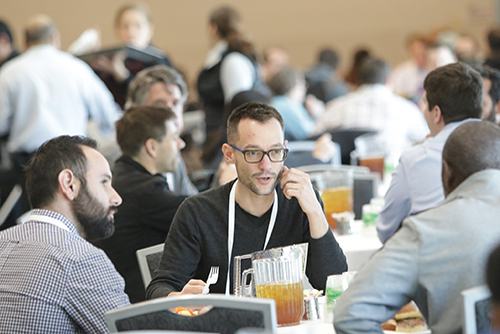 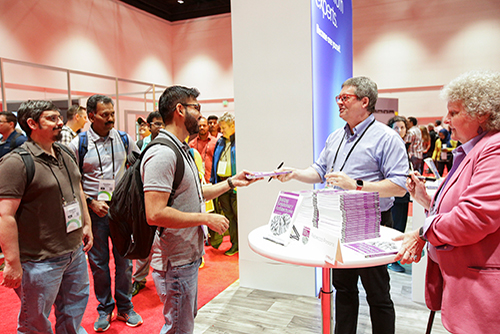 Kelsie Pallanck is a senior content director at O'Reilly Media and the chair for both the Infrastructure & Ops Conference and the Open Source Software Conference (OSCON). Kelsie has over 15 years of event programming experience. Prior to joining O'Reilly Media, she was at MIT Technology Review where she was an event content producer. Kelsie lives in Somerville with her senior dog, Ruby.

Sam Newman is an independent consultant specializing in helping people ship software fast. Sam has worked extensively with the cloud, continuous delivery, and microservices and is especially preoccupied with understanding how to more easily deploy working software into production. For the last few years, he's been exploring the capabilities of microservice architectures, and he's worked with a variety of companies in multiple domains around the world, often with one foot in the developer world and another in the IT operations space. Previously, he spent over a decade at ThoughtWorks and then another year with a startup. Sam speaks frequently at conferences. He's the author of Building Microservices/(O'Reilly).

With over a decade of experience in software development and information security, Laura Bell (Safestack) specializes in bringing security survival skills, practices, and culture into fast paced organisations of every shape and size. An experienced conference speaker, trainer, and regular panel member, Laura has spoken at a range of events such as BlackHat USA, Velocity, OSCON, Kiwicon, Linux Conf AU, and Microsoft TechEd on the subjects of privacy, covert communications, agile security, and security mindset. She is also the co-author of Agile Application Security, published by O'Reilly media and a regular writer for a range of blogs and magazines on security issues. Laura is the founder of SafeStack, a specialist security training, development, and consultancy firm. She lives in Auckland, New Zealand.

Michael Brunton-Spall is an independent security consultant. Previously, Michael was deputy director for technology and operations and head of cybersecurity at the UK Government Digital Service and held a number of jobs ranging from creating low-level embedded hardware to gaming development on consoles to scaling and operating the Guardian newspaper. He is a regular conference speaker, the author of Agile Application Security, and an enthusiastic Agilist and security geek.

Brendan Burns (Microsoft) is a Distinguished Engineer at Microsoft Azure and co-founder of the Kubernetes open source project. At Microsoft, he focuses on Open Source (Linux, Kubernetes), cloud native computing, cloud APIs, governance and policy, hybrid computing and DevOps. Prior to Azure, he worked on the Google Cloud Platform and core web search infrastructure. He has a Ph.D. from the University of Massachusetts Amherst in Computer Science and a BA in Computer Science and Studio Art from Williams College. He lives in Seattle.

Lee Calcote (SolarWinds) is the head of technology strategy at SolarWinds, where he stewards strategy and innovation across the business. Previously, he led software-defined data center engineering at Seagate, leveling up the systems portfolio by delivering new predictive analytics, telemetric, and modern management capabilities, and held leadership positions at Cisco, where he created Cisco’s cloud management platforms and pioneered new, automated remote management services. Lee advises a handful of startups and serves as a member of various industry bodies, including the Cloud Native Computing Foundation

Duncan Davidson (Microsoft) is a startup advocate and CTO in Residence at Microsoft for Startups in Berlin.

Michael Feathers is director at R7K Research and Conveyance. Michael is an active member of the software development community and a member of the ACM and IEEE. He regularly speaks at software conferences around the world. His key passion is helping teams surmount problems and connect with practices that make software development fun and enriching. When he isn't engaged with a team, he spends his time investigating new ways of altering design over time in code bases.

Liz Fong-Jones (Honeycomb) is a developer advocate, labor and ethics organizer, and site reliability engineer (SRE) with 15+ years of experience at Honeycomb. Previously, she was an SRE working on products ranging from the Google Cloud Load Balancer to Google Flights. She lives in Brooklyn with her wife, metamours, and a Samoyed/Golden Retriever mix, and in San Francisco and Seattle with her other partners. She plays classical piano, leads an EVE Online alliance, and advocates for transgender rights as a board member of the National Center for Transgender Equality.

Sebastien Goasguen (Triggermesh) built his first compute cluster while working on his PhD in the late '90s when they were still called Beowulf clusters; he's been working on making computing a utility since then. He's been focused on containers and container orchestration, creating a Kubernetes startup Skippbox where he created kompose, Cabin, and kubeless. Active in the serverless community, he cofounded TriggerMesh, a serverless management platform that builds on top of Kubernetes and Knative. He can be found hiking the Jura or at open source conferences. He's the author of the Docker Cookbook and coauthor of the Kubernetes Cookbook.

Michael Hausenblas (Amazon) is a developer advocate at AWS, part of the container service team, focusing on container security. Michael shares his experience around cloud native infrastructure and apps through demos, blog posts, books, and public speaking engagements as well as contributes to open source software. Previously, was at Red Hat, Mesosphere, MapR, and in two research institutions in Ireland and Austria.

Heidi Helfand (Procore Technologies) is director of engineering excellence at Procore Technologies, creators of cloud-based construction software. She is author of _Dynamic Reteaming: The Art and Wisdom of Changing Teams_, which challenges the notion that you need to keep your teams the same in order to be successful and is based in part on Heidi’s experiences at two highly successful startups: ExpertCity, Inc. (acquired by Citrix), where she was on the original development team that invented GoToMyPC, GoToMeeting, and GoToWebinar, and AppFolio, Inc., a SaaS property management software company that went public in 2015.

Daniel Jacobson is a technical leader with extensive experience in building high-performing, diverse, and inclusive engineering teams that develop and maintain large-scale internet-based systems. He's also an advisor to companies seeking perspective on technology, engineering, and corporate culture, business strategy, hiring, and other aspects of leadership.

Kief Morris (Thoughtworks) is a cloud, infrastructure, and platform engineering leader at ThoughtWorks. He is the author of the O'Reilly book Infrastructure as Code. He works with teams to explore better ways to build and manage infrastructure using practices from the world of agile, lean, and DevOps. Originally from Tennessee, Kief moved to London in the dot-com days and has been there ever since.

Ken Mugrage (Thoughtworks) is a technology evangelist at ThoughtWorks, where he teaches others how to get better at building, testing, and deploying software. Ken has more than 25 years of experience in the IT industry, with the last nine spent at ThoughtWorks. Over his entire career, Ken has focused on using technology to increase business effectiveness as opposed to using the latest cool thing. For most of the past decade, he's been focused on continuous delivery and DevOps, working with organizations all over the world ranging from startups to Fortune 50 companies.

Tim O'Brien (Walmart) has authored and co-authored a number of books for O'Reilly including Maven: The Definitive Guide, The Jakarta Commons Cookbook, Maven: A Developer's Notebook, and Harnessing Hibernate. Tim manages cloud capacity and cost for Walmart with a full-year focus on holiday readiness. Over the last two decades he's been a contributor to various O'Reilly sites covering open source, government, science, and payment technology.

Christine O'Dell (Monzo) works at Monzo helping to build the future of banking. She has spent nearly fourteen years as a backend engineer, primarily with Microsoft technologies, but recently with Go on Monzo's large microservices platform. She has led teams delivering highly available Web APIs, distributed systems and cloud based services. She has also led teams developing internal build and deployment tooling with the goal of improving the developer's experience. Chris promotes practices such as Continuous Delivery, including TDD, version control, and Continuous Integration.

Pini Reznik (Container Solutions) is the chief technology officer at Container Solutions. He has 15+ years of experience in delivering software in Israel and Netherlands. Starting as a developer and moving through technical, managerial, and consulting positions in configuration management and operations areas, Pini acquired deep understanding of the software delivery processes and is helping organizations around Europe improve the software delivery pipeline by introducing Docker and other cutting-edge technologies.

Casey Rosenthal (Netflix) is CTO at Backplane. Previously, he was an executive manager and senior architect, where he managed teams tackling big data, architected solutions to difficult problems, and trained others to do the same. He seeks opportunities to leverage his experience with distributed systems, artificial intelligence, translating novel algorithms and academia into working models, and selling a vision of the possible to clients and colleagues alike. For fun, Casey models human behavior using personality profiles in Ruby, Erlang, Elixir, Prolog, and Scala.

Kerim Satirli (Method) is part of a team of engineers and helps the company by stewarding the adoption and expansion of DevOps techniques and practices. In the past, Kerim built web applications for advertising companies, worked on a content management system that was used by the top museums of the Netherlands and helped make music and video more accessible for a number of start-ups.

Gwen Shapira (Confluent) is a system architect at Confluent, where she helps customers achieve success with their Apache Kafka implementations. She has 15 years of experience working with code and customers to build scalable data architectures, integrating relational and big data technologies. Gwen currently specializes in building real-time reliable data processing pipelines using Apache Kafka. Gwen is an Oracle Ace Director, the coauthor of Hadoop Application Architectures, and a frequent presenter at industry conferences. She is also a committer on Apache Kafka and Apache Sqoop. When Gwen isn't coding or building data pipelines, you can find her pedaling her bike, exploring the roads and trails of California and beyond.

Cindy Sridharan (imgix) is a Distributed Systems Engineer. She likes thinking about building resilient and maintainable systems. She maintains a blog where she shares her ideas and experience about several of these topics. She is the author of a report on Distributed Systems Observability with O'Reilly.

Sarah Wells (FT) is technical director for operations and reliability at the Financial Times. A developer with 15 years of experience, Sarah has led delivery teams across consultancy, financial services, and media. Over the last few years, she has developed a deep interest in operability, observability, and DevOps. Previously, she led work on FT's semantic publishing platform, which makes it easy to discover and access all the FT's published content via APIs in a common and flexible format. That project focused on Go, microservices, containerization, Kubernetes, and how to influence teams to do the right things.