About the O'Reilly Artificial Intelligence Conference

Why attend | Who you'll meet | The conference experience | Program leadership

2016 is shaping up to be the year that AI finally moves from being the province of university labs to being a critical part of the software developer's toolkit and a focus for mainstream companies. There is a growing—and urgent—need for information on applied AI, as opposed to the kind of research presented at academic conferences.

If you want to understand how AI will change the business landscape, or are working with deep learning or AI (or plan to be)—join us in New York. You'll:

The O'Reilly Artificial Intelligence Conference is a unique opportunity for the brightest minds in applied AI to gather for 2 intense but invigorating days in New York.

Roger Chen
is currently co-chair of the O'Reilly Artificial Intelligence Conference. Previously, he was a principal at O’Reilly AlphaTech Ventures (OATV), where he invested in and worked with early stage startups bringing enabling technologies to market. Roger has a deep and hands-on history with technology, having spent a past life as a scientist and engineer. He developed novel nanotechnology as a researcher at UC Berkeley and spent stints as an engineer with Oracle, EMC and Vicor. Roger has a BS from Boston University and a PhD from UC Berkeley, both in electrical engineering. 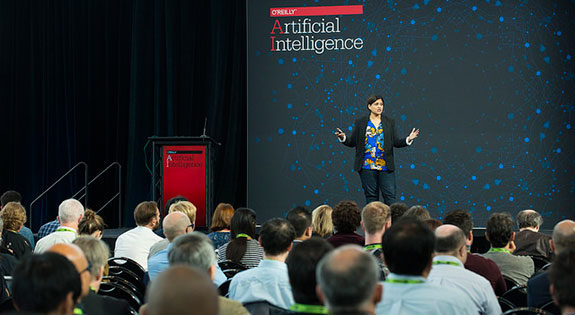 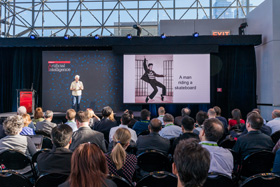 For exhibition and sponsorship opportunities, email Nathaniel Coon at ncoon@oreilly.com